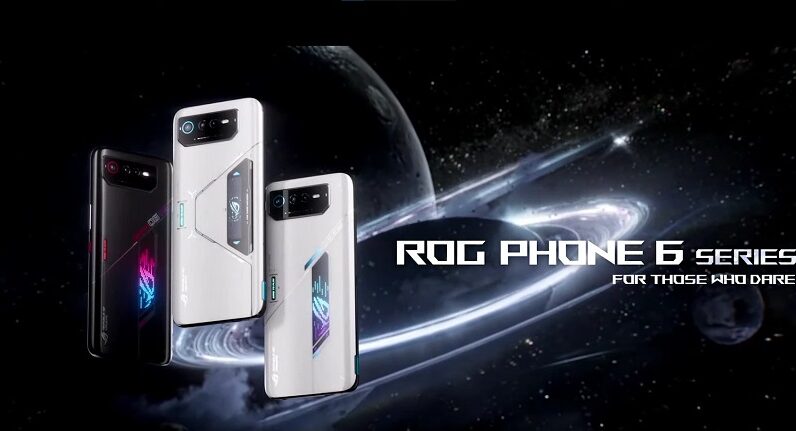 Asus has just launched their latest flagship gaming phone, the ROG Phone 6 and ROG Phone 6 Pro. Asus still maintains the superior formula of futuristic design in the design section, with the addition of a vertical RGB strip on the back and the presence of Animematrix.

The ROG Phone 6 model will have a user-customizable RGB strip. On the other hand, the Pro model has a secondary screen on the back which can be configured with some animations and can be used to display notifications or system metrics. The camera bulge is slightly larger than the previous generation, but retains the same configuration.

The curved edges of this device make it easier and more comfortable to hold. The right side of the device houses the power button, volume buttons, and a pair of Air Triggers at either end.

Reporting from Gizmochina (6/7), both the standard model and the Pro model have a 6.78-inch Full HD AMOLED display with a 165 Hz refresh rate, 720 Hz touch sampling rate, and an in-display fingerprint scanner for security. This screen offers a DCI-P3 111% color gamut, HDR10+ support, and is equipped with Corning Gorilla Glass Victus protection.

The processor used in both models is Snapdragon 8+ Gen 1. This chipset brings major improvements in terms of thermal and efficiency compared to Snapdragon 8 Gen 1. To add to the cooling system, Asus has also introduced the AeroActive Cooler 6.

Using inbuilt passive cooling, this gaming phone was able to achieve an average of 59.4 FPS on the Genshin Impact while keeping the back at around 44.2 degrees Celsius (30-minute session). On the other hand, with Active Aero Cooler 6 installed, the device was able to manage an average of 56.7 FPS with an average temperature of just 37.2 degrees (1 hour gaming session).

The standard version of the ROG Phone 6 offers up to 16GB of LPDDR5 RAM and 512GB of UFS 3.1 storage. ROG Phone 6 Pro, on the other hand, comes with 18GB RAM and 512GB storage. The phone also packs two front-facing speakers, three microphones, Dirac Virtuo spatial audio, and a headphone jack. As for the battery, the capacity is 6,000 mAh with support for 65W fast charging.

There are two USB-C ports for charging, and the side port even has support for USB-C to HDMI allowing users to play mobile games on larger screens like TVs or monitors. The operating system it uses is Android 12 with the ROG UI interface. There is also IPX4 water resistance.

On the other hand, Kunai 3 is a dedicated gamepad that can be paired to a phone to turn it into a handheld console or it can also be used as a Bluetooth controller for other phones or devices.