HP with Stabilizer Feature, For those of you who have a hobby of making video content with HP, of course, you have to choose a sophisticated camera spec. It’s not just a matter of resolution, you also have to pay attention to the advanced features in it.

One of the camera features to make your videos cooler is the stabilizer. With the stabilizer feature, video recording will certainly be much more stable and anti-shake. You also no longer need to use an additional stabilizer because it is already available on this device. Well, unfortunately, cellphones with this feature are usually found in flagship phones, of course, at a fairly expensive price.

This feature is to capture photos and videos with stable and clear results. Not only that, it has the Ultra Stable Video capability to combine OIS and EIS technologies. This way, the video is more stable because it focuses on the object. In addition, the 44 MP OIS Super Night Selfie front camera on this cellphone also has an AI Night Poertrain algorithm.

Thus, the resulting image remains stable and bright even at night. While for the rear camera, there are 3 camera modules, namely 64 MP OIS Night Camera, 8 MP Multimode Camera (Super-Wide Angle & Bokeh), and 2 MP Macro. Next about the screen, this phone comes with a 6.44-inch Full HD Plus AMOLED screen.

Of course, with this combination, Vivo V21 can provide a beautiful and stunning color display. The display also features HDR 10+ and supports a high refresh rate of 90 Hz. For performance, the Vivo V21 is powered by MediaTek Dimensity 800U, 8GB RAM (3GB Extended RAM), and 128GB storage.  For the battery, this phone is equipped with a capacity of 4000 mAh which also supports 33W fast charging. Regarding the price, the Vivo V21 is priced in the range of Rp. 3,450,000.

HP realme 8 Pro is one of the smartphones that you can rely on to create video content. The video recording results are fairly good, clear, and stable, thanks to the image stabilization feature. Not only the picture quality, the sound is also fairly clear.

In addition, this 6.4-inch HP also supports dual camera recording. So you can record with the front and rear cameras at the same time. There are also Ultra Steady and AI Nightscape video features that make the image clear even in dim situations.

Meanwhile, the screen is equipped with a Super AMOLED panel, Full HD Plus resolution, 60 Hz refresh rate, and 180 Hz touch sampling rate. For the price, the Realme 8 Pro is priced at around Rp. 3,389,000.

In third place, there is the SAMSUNG A52s 5G which comes with the Optical Image Stabilizer feature. Thanks to the support of this feature, you can still get great photos and videos, even while walking. For video recording, both the front and rear cameras have a resolution of up to 4K. Meanwhile, for the rear camera resolution there are 4 lenses, namely 64 MP, 12 MP (Utra Wide), 5 MP (Macro and Depth). Meanwhile, the front camera is 32 MP.

Then for the screen, this 6.5-inch phone supports Super AMOLED panels with Full HD Plus resolution. In fact, the SAMSUNG A52s 5G is also equipped with an Infinity-O Display design and high brightness mode technology.

So, you are still comfortable looking at the screen even if you use it outdoors. Then for performance, this quad camera phone is powered by the Snapdragon 778G chipset, 8GB + 4GB RAM, and 256GB storage. As for the battery, the SAMSUNG A52s 5G is equipped with a capacity of 4500 mAh. For those of you who are interested, you can get the SAMSUNG A52s 5G for Rp. 5,735,000.

In addition to the good photos, you can also take and create beautiful video content with the xiaomi Mi 10T Pro. Whether indoors or outdoors, video can provide effective exposure, balance and stability. Thanks to the support for the Optical Image Stabilizer feature, the videos you get will look smooth and stable.

Then about the performance, this cellphone with a 6.67-inch IPS LCD panel is powered by Snapdragon 865, 8GB RAM, and 256GB storage. Then for power, the Xiaomi Mi 10T Pro is equipped with a 5000 mAh battery and is equipped with 33W fast charging

As for the screen, it uses a refresh rate of 144 Hz and has a Full HD Plus resolution. The screen is also equipped with Corning Gorilla Glass 5 protection which is scratch and slam-resistant. For the price, the Xiaomi Mi 10T Pro is priced at around Rp. 6,998,000.

In the last order there is the Oppo Reno3 Pro which is equipped with the Ultra Steady 2.0 feature. This feature relies on Electronic Image Stabilization, thus making video recordings look smooth and anti-shake. This way, people who watch your video content will certainly feel comfortable because it looks perfect and clear.

Interestingly, there is also the Ultra Steady Pro feature to produce more cinematic videos. This feature relies on an 8 MP Ultra Wide-angle lens to produce a more stable image with a wider viewing angle. For the rear camera, there are 4 lenses with a configuration of 64 MP, 8 MP (Ultra Wide-angle), 13 MP (Telephoto), and 2 MP (Depth). As for the front camera, it has a 44 MP resolution and a 2 MP depth sensor.

Well, that’s a number of HP with stabilizer feature cameras on the market today. You can adjust it to your needs, for example only for videography and photography or gaming at the same time.

How to Overcome a Smartphone with Water Entrance

How to Use a Smartphone Wisely 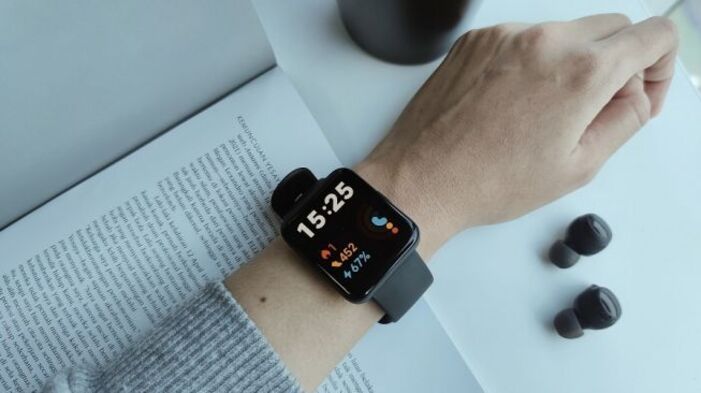